Full Name
Ron Gauci
Job Title
Chief Executive Officer
Company
AIIA
Speaker Bio
Ron is a leader of the ICT industry with significant experience in senior leadership and executive roles in ASX & NYSE listed, global multinational organisations such as Microsoft, Telstra, Siebel, Verizon Business and IBM. Ron is widely recognised as a transformation specialist, having delivered success despite significant challenges and adversity. Ron is also a former Victorian Chairman of the Australian Information Industry Association (AIIA) and a former national Director of the AIIA as well.

Most notably, Ron has also held significant roles outside the industry, including Interim positions as CEO at Fed Square, Melbourne Storm, and Melbourne Polytechnic (Formerly NMIT). As CEO & MD of the Melbourne Storm, Ron navigated the club to success post the Salary Cap scandal that rocked the sporting world. Despite not having any direct experience in rugby league, he oversaw the restoration of the Storm to what was at that time its most successful level since its inception in 1998 and the club is now an NRL powerhouse. Ron also built and implemented a recovery strategy for the financially challenged Melbourne Polytechnic. Today the institute is recognised as one of the leaders in dual sector education in Australia. Ron has also held senior positions in some of the largest multinational and domestic technology organisations.

Ron is a Graduate of the AICD and has extensive Board experience across a variety of different industries. He is a former Fellow of the Australian Institute of Management, a former member of the International CEO Forum and held a position on the Board of Governors for the American Chamber of Commerce (AMCHAM).

Ron is married with five children and six grandchildren. He has a long history of active involvement in sport and music which includes being a member of the executive covers band Big Kahuna.
Speaking At
PANEL: Driving Innovation to Address the Most Pressing Challenges 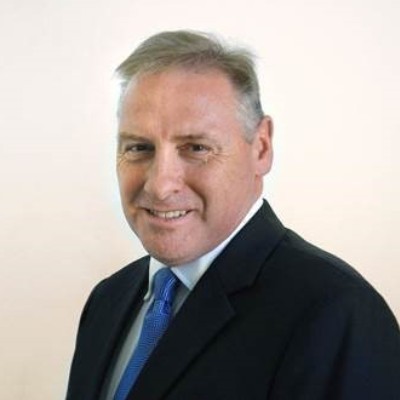